Picked a lot of goodies from the garden yesterday so I got a few pictures.

Here’s another example of some interesting set of artwork by Nagai Hideyuki. 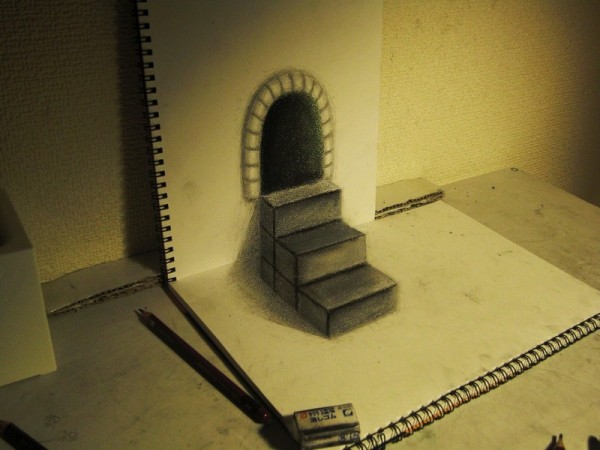 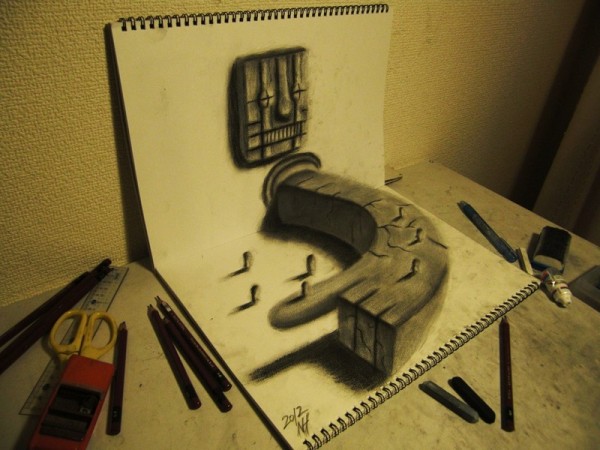 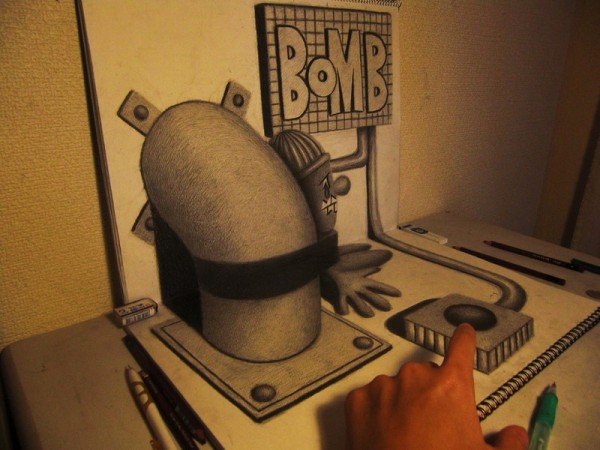 More sketches can be found at Nagai Hideyuki’s website

The portrait below is from the Constellation series by artist Kumi Yamashita and was created with a single strand of black thread woven around thousands of small galvanized nails. 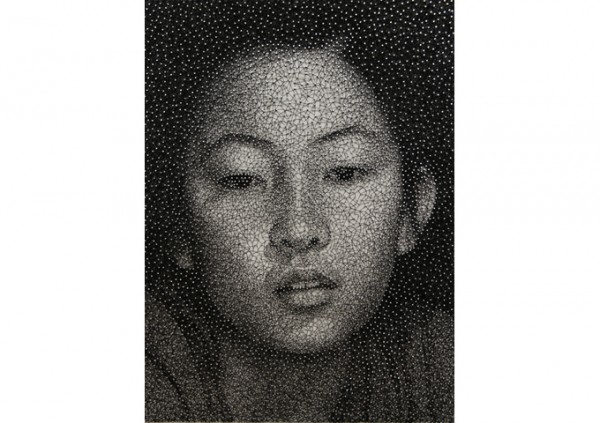 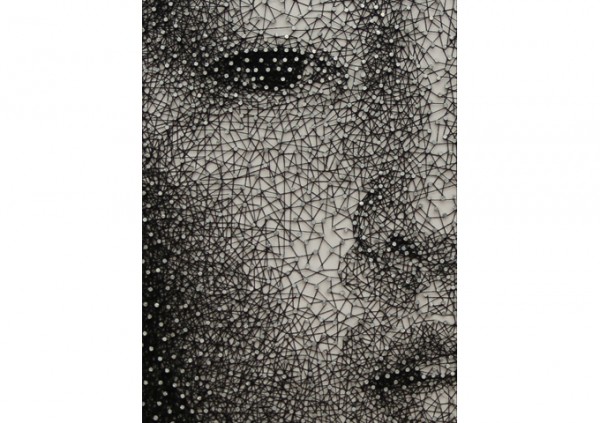 Below is a small collection of websites which host free woodworking plans.  I hope others find them as useful as I do

And for loads of general handyman information check out Hammerzone

I recently came across exploit-exercises.com which hosts Linux virtual servers which contain a number of vulnerabilities and hints on how to exploit them, although I haven’t yet had a chance to try any of them.

exploit-exercises.com provides a variety of virtual machines, documentation and challenges that can be used to learn about a variety of computer security issues such as privilege escalation, vulnerability analysis, exploit development, debugging, reverse engineering.

Two photos of the same location outside of Kabul, Afghanistan

My wife wanted a display bookcase for our daughter.  She sketched a rough design out on a small piece of paper and asked if I could build it.  Obviously I said that I could.  We previously purchased a birch veneered dresser from Ikea and wanted the bookcase to match the style.  I decided to build the entire case out of birch faced plywood and finish the edges with Band-It.  I took a couple of hours and drew up some plans based on my wife’s design.  I sketched out a cut-list and was able to do the entire project from a single 4×8 sheet of plywood from Home Depot.  Total cost for the plywood, veneer and varnish was around $75.

It shouldn’t surprise anyone to know that the plywood found at Home Depot is not top quality.  One face had a very smooth and defect free veneer but the other face wasn’t sanded as smooth and contained some blemishes.  I planned the cuts as best I could to remove them, but some defects escaped.  Most of the remaining problems I was able to hide by arranging the boards on the bottom/underside of shelves but there were a couple of problems which I couldn’t find a way to hide.

I built a simple doweling jig from scrap plywood (as the number of dowels I drilled increased the amount of wiggle in the jig increased but not so much that any of the dowels didn’t fit properly).   I drilled the dowel holes into the shelves and used a dowel center to mark the corresponding hole on the vertical.  This was an iterative process; the picture below shows the halfway point.

After all of the dowel holes were drilled I tried a dry fit to verify that everything was in the proper place.  I noticed that the sides of the two 15″x34.5″ shelves were not perfectly straight due to the problem I described earlier, so I made a note to fix them.

During the dry fit I drew a curve line on the two uprights outside of the shelf verticals.  I used a handheld scroll saw to cut the curve and found a big gap in the plywood right under the veneer.  The veneer did not like being cut with nothing below it.

No worries, though, I’d left about a 1/8″ gap between where I cut and the line so it wasn’t going to affect anything after I filled it in.  I wanted the curves on the uprights to be identical so I clamped them together and went along the curve with 80 grit sandpaper attached to the random orbital sander. The handheld scroll saw that I used didn’t cut a 90° angle so I kept checking the angle with a square and sanded until it was 90° along the length of the curve.

At this point all of the boards were in their final shape.  I took the Band-It around all of the visible edges and trimmed of the excess.  I couldn’t be happier with the way the boards looked after the edging.  Even I couldn’t tell that it wasn’t solid wood.

Once the edging was complete I applied the varnish.  I first tried Minwax oil based poly on a scrap piece but it yellowed the wood and didn’t match the Ikea dresser.  I bought a can of Minwax water based poly and after testing on a different piece of scrap decided that was as good as it was going to get.  The water based poly dries fast. I worked from left to right applying the poly, and even on the smaller boards the varnish was dry to the touch on the left side by the time I reached the right side.

The second phase was gluing the side panel to the shelves. It took a little bit of time to get all the dowels into their respective holes but everything fit together as expected.

What if the world’s greatest works of art, when seen one after another, told a story? A story of people, places, nature and motion. artCircles from Art.com brings you “Van Gogh to Rothko in 30 Seconds,” an epic journey of discovery through the world’s most inspiring art collection.

Found via The Big Picture.

I had a question about the possibility of shelf sag for a cabinet I’m planning and was pointed to this fantastic Sag Calculator which returns a result based on the material, thickness, length and width of the material.

Another useful calculator which I’d come across previously is the Wood Movement Calculator which takes similar inputs and returns the amount of expansion or shrinkage you should expect as humidity changes through the seasons.